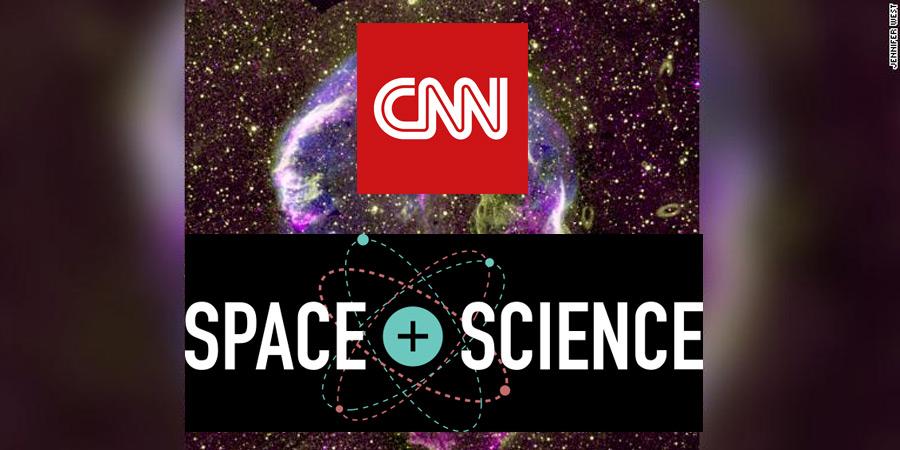 The Low Frequency Array (LOFAR) telescope, which is also one of the CS3MESH4EOSC use-cases under "On demand-data transfer services" from Science Mesh, was featured in CNN Space and Science section.

Timothy Shimwell, an associate scientist at ASTRON and Leiden University, who was a speaker in the Cs3MESH4EOSC webinar "Science Mesh in Social Media Analytics and Astronomy - Collaborative Documents and On-Demand data transfers", explained how LOFAR aims to anticipate scientific breakthroughs related to how he largest structures in the universe grow (namely black holes). To be able to do this, LOFAR uses algorithms on high-performance computers all over Europe to process 3,500 hours of observations, which requires a computing power equivalent to roughly 20,000 laptops. Read the full article below.

New map of the night sky reveals 4.4 million galaxies and other space objects

Some 4.4 million space objects billions of light-years away have been mapped by astronomers, including 1 million space objects that hadn't been spotted before. The vast majority of these objects are galaxies that harbor massive black holes or rapidly growing new stars. Other discoveries include colliding groups of distant galaxies and flaring stars, which vary in brightness, within the Milky Way, according to a news statement from Durham University in England.

The observations were made by analyzing a huge amount of data from the sensitive Low Frequency Array telescope, known as LOFAR, which is using low radio frequencies to observe about a quarter of the Northern Hemisphere's sky and catalog it in fine detail. It's operated by ASTRON, the Netherlands Institute for Radio Astronomy.

Unlocking secrets of the universe

This batch of data is the second from the LOFAR sky survey to be made public and covers 13 times the area of the first release, which logged the radio signals of almost 300,000 galaxies and other space objects. Radio astronomy is another way of revealing the secrets of the universe, particularly objects that can't be seen with visible light waves, such as black holes.

"Each time we create a map our screens are filled with new discoveries and objects that have never before been seen by human eyes. Exploring the unfamiliar phenomena that glow in the energetic radio universe is such an incredible experience and our team is thrilled to be able to release these maps publicly," said astronomer Timothy Shimwell, an associate scientist at ASTRON and Leiden University, in the statement.

This data release was only 27% of the entire survey, Shimwell said.
"We anticipate it will lead to many more scientific breakthroughs in the future, including examining how the largest structures in the universe grow, how black holes form and evolve, the physics governing the formation of stars in distant galaxies and even detailing the most spectacular phases in the life of stars in our own Galaxy," he said.
To map the space objects, scientists used algorithms on high-performance computers all over Europe to process 3,500 hours of observations. This feat of data processing required computing power equivalent to roughly 20,000 laptops.

Science Mesh from CS3MESH4EOSC is helping LOFAR researchers sharing and processing data collected by LOFAR in a easy way. LEARN MORE HOW CS3MESH4EOSC IS HELPING LOFAR IN HANDLING LOFAR'S DATA