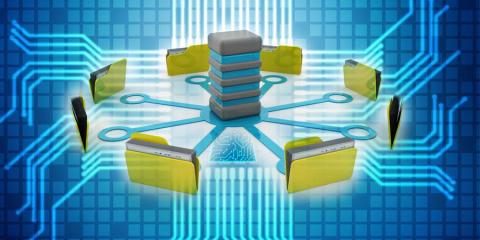 The Science Mesh project aims to deliver a part of the implementation for the European Open Science Cloud (EOSC). European Open Science Cloud is a cloud for research data in Europe, allowing for universal access to data; a single online platform where all European researchers will be able to find, access and re-use data produced by other scientists, and deposit, analyse and share data they have been paid to produce.

EOSC will help increase recognition of data intensive research and data science. Its architecture is developed as a data infrastructure commons, serving the needs of scientists, providing both common functions and localised services delegated to community level. EOSC will federate existing resources across national data centers, European e-infrastructures and research infrastructures by gradually opening up its user base to the public sector and industry. 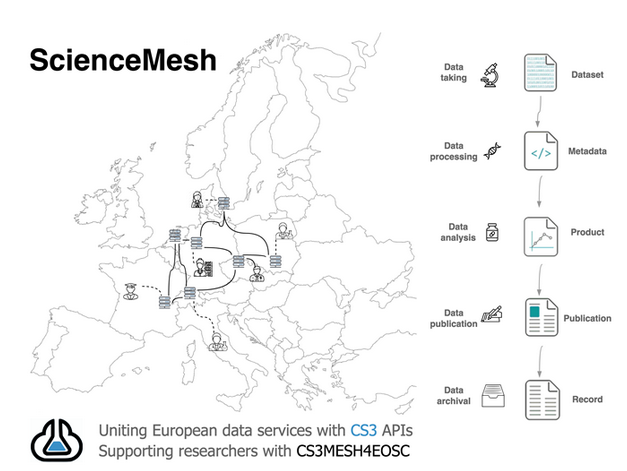 About 6 years ago, institutes and other organisations had concerns about storing their data on sync-and-share services in the public cloud, like Dropbox, Google Drive and OneDrive. These concerns had to do with the terms and conditions that were either unclear or unacceptable, especially concerning privacy, security and ownership of data. These concerns did not only exist in the Netherlands but also in Europe and across the globe.

As a result, a number of on-premise sync-and-share services were established. In the Netherlands, SURF has been asked by its members to create such a service, which is now known as SURFdrive. It allows users to easily share data with people within and outside their organisation.

From filesharing to collaboration

A lot has happened since. Sync-and-share service providers have organised themselves in a community (www.cs3community.org), serving more than 400,000 users. Also, the services have evolved from simple data sharing to environments for scientific collaboration. For example, SURFdrive has introduced the possibility to collaboratively work on documents.

Additionally, SURF has developed the Research Drive service to meet the special needs of the research community. Research Drive does not only offer collaborative editing, but also Jupyterhub functionality to run Jupyter notebooks in your sync-and-share environment. Soon it will be fully integrated with iRODS as well.

A number of members of the worldwide sync-and-share community have now joined forces to collaborate on further developing their services in the Science Mesh project and have obtained funding for this effort from the EU in the EOSC-02 call. Initially, the project was called CS3MESH4EOSC, but was changed to Science Mesh to make it easier to remember.

For more information, check out the Science Mesh website