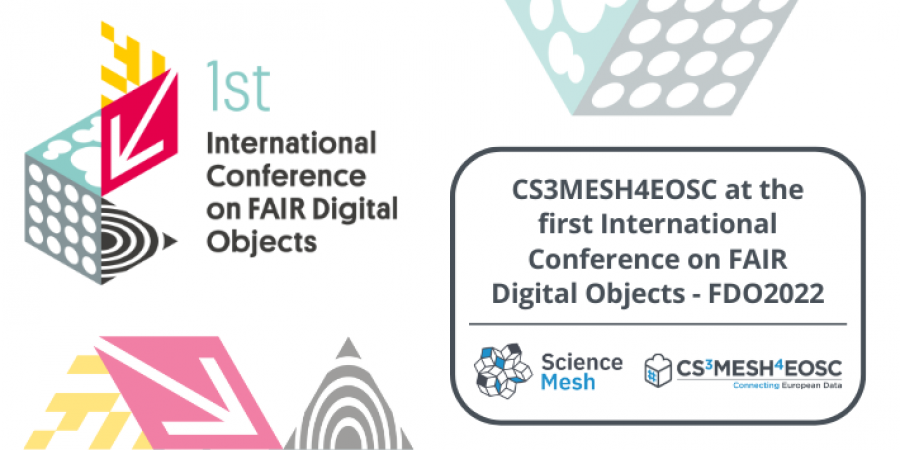 CS3MESH4EOSC joined the very first International Conference on FAIR Digital Objects (FDO2022) in October as Juri Hößelbarth, Software Developer at WWU Münster and Work Task Leader in CS3MESH4EOSC presented a poster titled “The use of FDOs for a democratised approach to FAIRness”.

The poster focuses both on the general work and mission of CS3MESH4EOSC, as well as the depths of one of its associated applications - Sciebo RDS.

Acting as the very platform that is set to refine FAIR Digital Objects, discussions ranged from specific implementations of FAIR Data infrastructure (such as the FAIR Digital Object Framework) to questions that aim to define the very core of FAIR data, such as the question if FAIR objects have to be digital at all - a question that holds special meaning in a place like the Naturalis Biodiversity Center museum, where the event was held.

In the spirit of the original 2016 paper that coined the term “FAIR data”, the conference concluded with the signing of the so-called “Leiden Declaration”, which can be found online here and is still open for additional signatures.
It’s no coincidence that the conference was held this year's European City of Science, Leiden – the city played a major part in writing the original paper that laid its groundwork.